Are you an employee of Malaysia Airlines Berhad company? 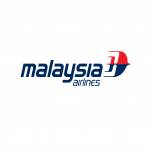 Malaysia Airlines Berhad (MAB), previously known as Malaysia Airline System (MAS), is the national flag carrier of Malaysia, based in Kuala Lumpur. Originally founded in 1947 as Malayan Airways, Malaysia Airlines operates a network of scheduled international and domestic services as part of a broader group of airlines that include its wholly-owned subsidiaries, Firefly and MASwings. MAB is owned entirely by the Malaysian Government, through sovereign wealth fund, Khazanah Nasional.

Malaysia Airlines Berhad has not posted anything yet