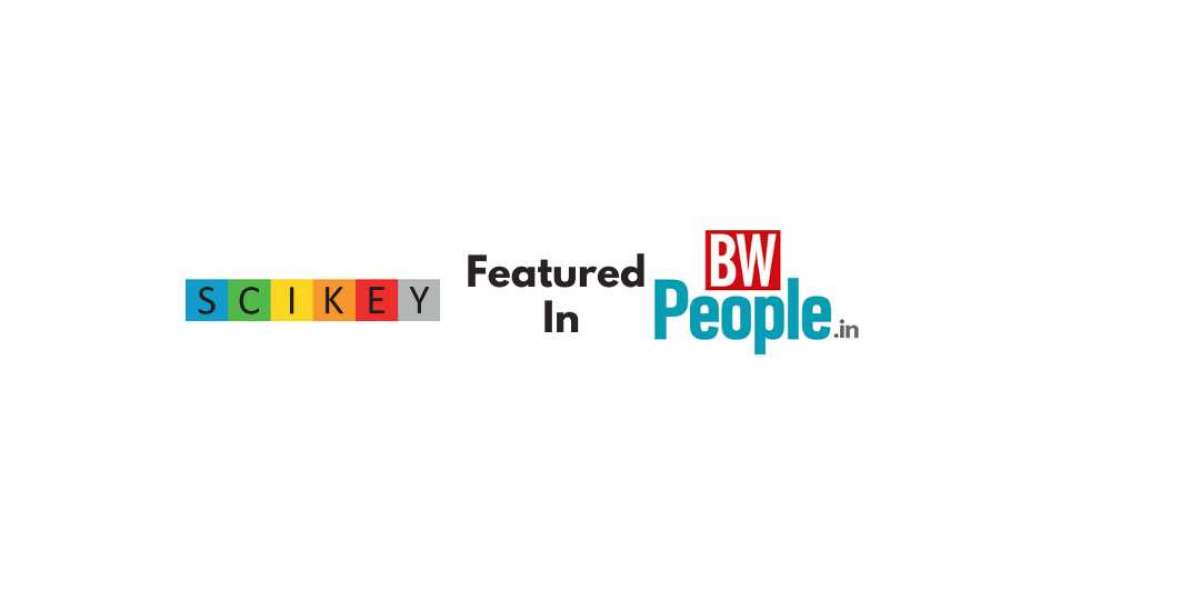 Every organization must strive to include more and more women and bridge the skill gap in the workspace so that parity can be achieved. 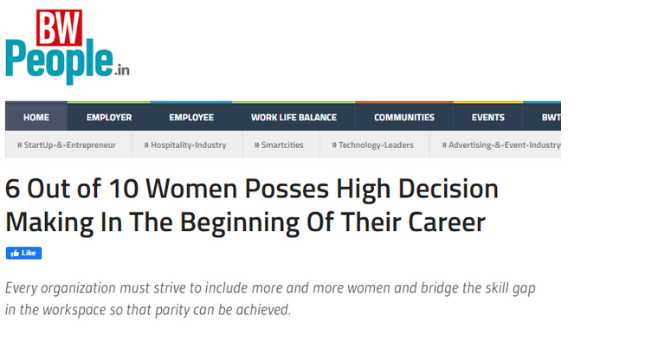 The research findings indicated that Female IT professionals avoid risk almost twice than their male counterparts. The percentage of females indulging in risk-taking in 6.61% as compared to 10.47% men.

A study reveals a Marketplace network for Talent and Technology solutions revealed that only 3 out of 10 women excel in decision making and creative thinking as compared to 7 out of 10 men. This is not the same in the initial years. The study shows that 60% of women and 40% of men possess high decision-making and creative thinking at the beginning of their careers. But as they climb the ladder the tables are turned, and the figures change to 30% women as compared to 70% men and this major change of events can only be attributed to the rapid decline of senior women in roles of authority in the workforce.

Our data further revealed that 2.7% of women aspire for executive roles and 1% women, having the requisite skills, can be groomed for the same. Women proved to be almost at par with men, in terms of capabilities, to handle data-driven roles (1.6% women and 1.71% men), design and creative thinking roles (3.41% of each), and technical roles (2.19% women and 2.41% women). Certain arenas came out to dominated by women, with 2.41% of women possessing skills for a sales role as compared to 1.19% men. Similarly, for a customer-focused role, 9.73% of women excel in relationship management skills as compared to 8.20% men.

Mr. Karunjit Kumar Dhir, Co-founder, SCIKEY said, " While the glass ceiling has been cracked, we must all put efforts including individuals and corporates for this glass ceiling to be broken once and for all. The major gender disparity in the workplace should be addressed and bridged. Every organization must strive to include more and more women and bridge the skill gap in the workspace so that a parity can be achieved.”

These are the findings of the research analysis on 'Women in the IT sector in India’ conducted by SCIKEY, a talent marketplace. The report is based on insights from 5,388 respondents with an equal proportion of female to male ratio in India with an experience level from zero to over twenty years of experience. These mainly include IT professionals between the age group of 22 to 47 from states of Maharashtra, Gujarat, Karnataka, Telangana, Tamil Nadu, Delhi, Uttar Pradesh, Kerala, Haryana and West Bengal. The SCIKEY Research Report has been derived from the SCIKEY MindMatch Algorithm. This algorithm can map a professional's mindset that is based on a set of parameters that understand the individual's emotional intelligence, aspirations, ego filters, belief levels, habits and ecosystem disturbances that cause distractions stress in the individual’s life. This data is further filtered to derive professional behavioral elements for any individual and is termed as "Mindset Map". 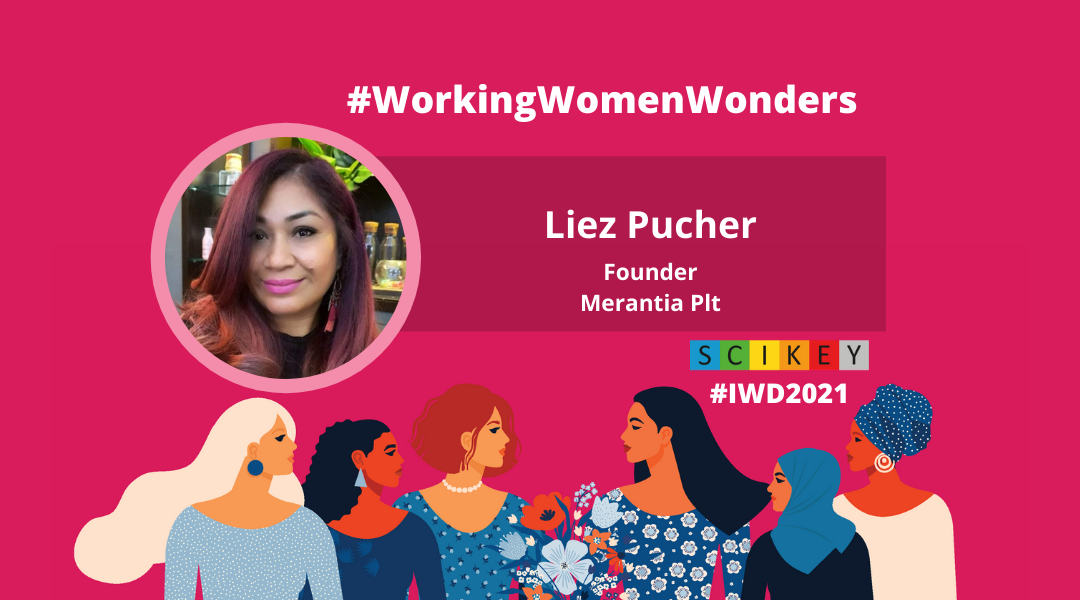 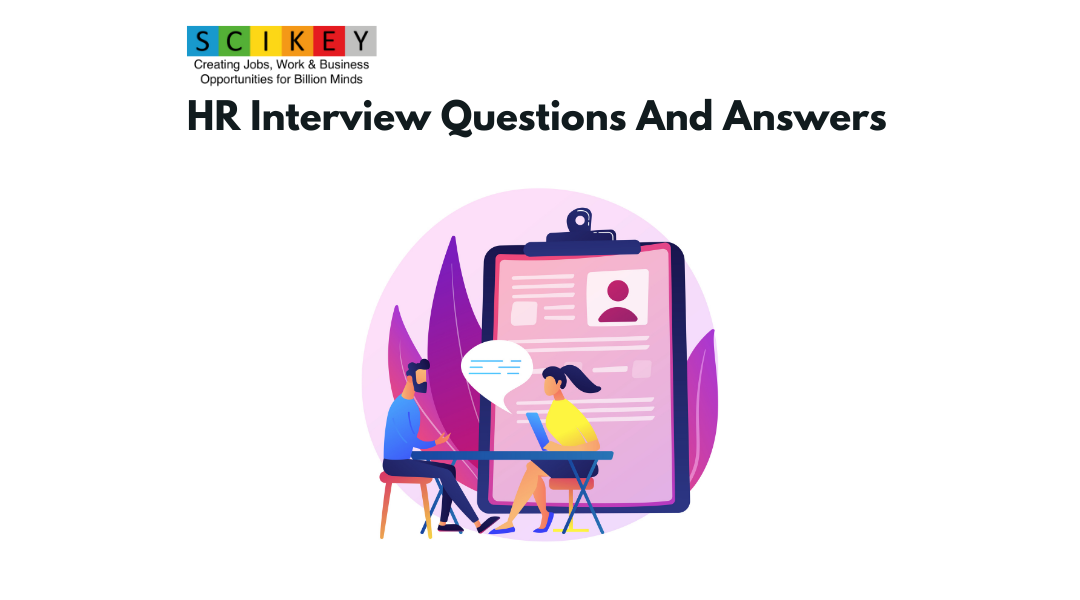 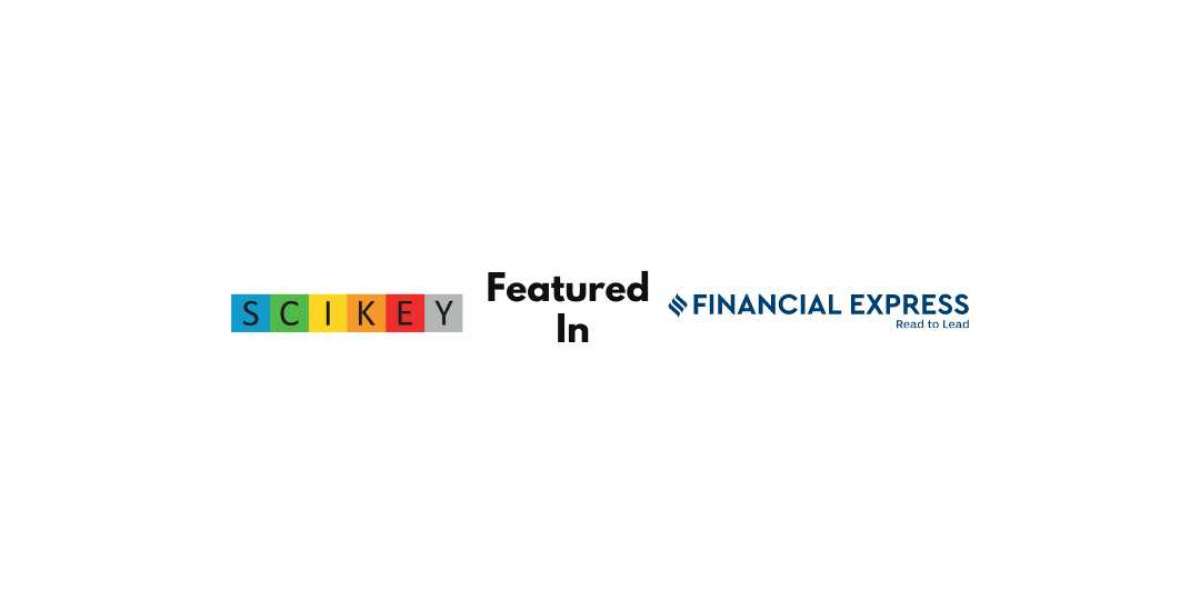