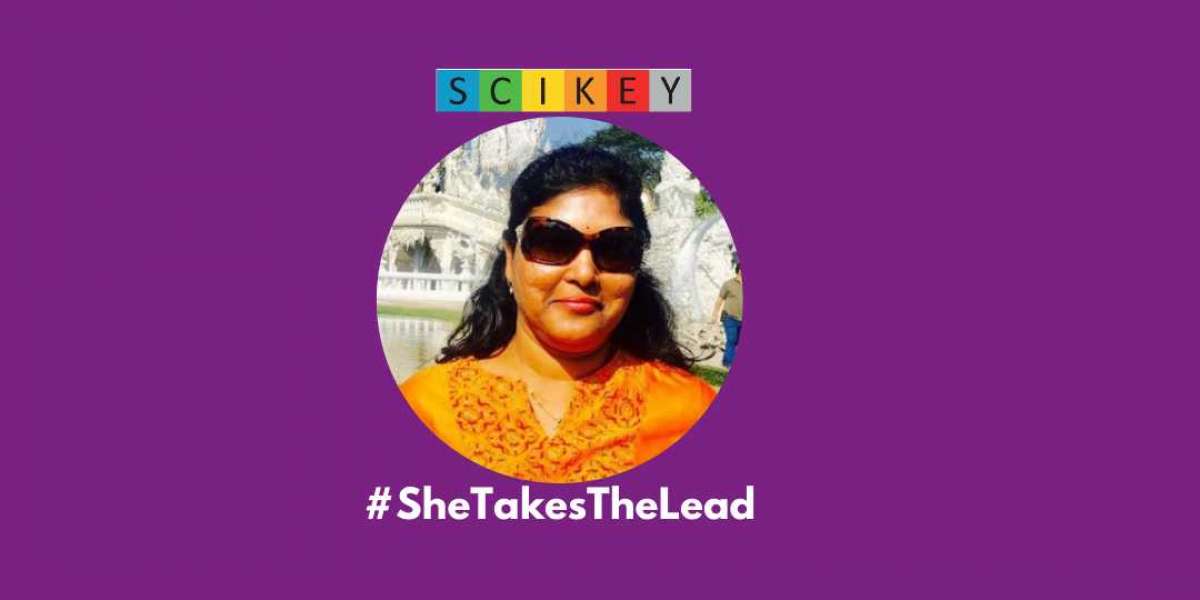 "Failure is constant part of success. But those who use the lesson learnt from the failures achieve the glory of success."

Tell us a little about your journey, the way you overcame difficulties that have shaped your career.

The world today recognizes me as a successful individual and not a maverick! It is a dream come true for several to be working at a Fortune 500 company; let alone attaining a senior executive role, which I have been fortunate to arrive at in my two decade + career journey.  Also, I was promoted to a global role, while based out of Hyderabad, almost a decade ago, which is the first instance in the history of the 45- year High Technology Semiconductor Company. My journey has been extremely satisfying and rewarding. Did I dream I would get here? I don’t think so. My upbringing and values imbibed in me since childhood have played a significant role in shaping me in my career. My grandparents; paternal and maternal, were completely opposite to each other in terms of thinking and philosophy. Paternal pair was agnostic while the maternal pair was ardently religious.  These two juxtapositions propelled me to greater heights in career, as I worked with laser sharp focus in navigating across roadblocks or avoiding them when it is irrelevant.

Let’s talk about your childhood, how did these two sets of grandparents (GPs) help you evolve in the context of diversity?

Paternal GPs built in me the need to ask questions and Maternal GPs made me believe in a divine power beyond me, simplistically stating. This meant that I had early exposure in terms of diversity; diversity of thought, perspective. I grew up on reading “Devi Bhagavatham”, and “Bhagavadgita” which fortified me to deal with adversity and be the risk taker. My agnostic exposure helped me think rationally and not accept anything blindly. The “Devi Bhagavatham” relates stories of “Shakthi” and the power of good over evil. The stories resonated with me and helped me build willpower, courage, and to look at myself beyond being a woman or gender stereotyping. During that time, there was a clear distinction between the jobs men could perform and those that woman could do. The same cannot be said about today’s generation, but this was the then scenario in my early growing up years-30 years’ ago.
My other set of grandparents who upheld the need to be educated, irrespective of gender, taught me the importance of education and societal values. The respect my grandpa gained from society for being an educated man was very inspiring, while the other grandpa earned respect from society with his godliness, and caring nature in helping the underprivileged. This taught me that you can choose either path but no matter what you choose you must do it right. ‘Believe in what you do’ and ‘pursue your passion’, is what I learnt.

Tell us what your career path looked like and how did you choose it?

I was good at education because I enjoyed learning. This led to all around me thinking that I should become a medical doctor. But, I realized that I hated the sight of blood, and spending time in hospitals. I didn’t want to pursue a medical career, but I could not articulate my thoughts into words and express it out loud, given that such education/career/ marriage decisions are all made by parents/ society. In those days, individualistic thoughts were not given the kind of attention it receives today, a few decades past. I played my own tricks in not giving my 100% in the entrance exam to miss getting the admission by a whisker- whew! I studied Sciences for graduation, and then Masters in English, got selected in AP Public Service Commission and worked for the state government for a few months and then with the Central Government for a year or so, and spent time later in academics for close to a decade in technology Universities/colleges teaching ‘life skills’, prior to getting onto the skateboard of IT/ITES sunrise industry in the State, as an L D Professional as the State started transforming itself into an IT hub.
During this period I could figure out what I wanted to do because I could see a lot of bureaucracy and the existence of hierarchical structures, in the public sector. I experienced several challenges and discriminated upon, given the societal paradigm of what a woman is expected to be like, or behave, even in a workplace, despite her education. Gender equality is a myth.
I’m very proud of what I’ve achieved, and what I have established by conducting a first of its kind Life Skills Development project for technology students in the country outside the hallowed portals of IIT’s, and the project was funded by the AICTE. My journey looks ordinary, but I have created value and impact, through my “Nishkamakarma”.

What does it mean to you to be in a world of globalization?

In 1999 I left this country on a short assignment, invited by a US based organization to lead a technical documentation project for a product developed by the engineering team. My real time experience of a global world took off then. I learned a lot from being in the US, meeting people from different countries/ethnicities/ linguistic groups/cultures, and at the same time, I am so proud that I led the technical documentation of the team for Apple iPod as the product got acquired by Apple, one of the dream companies everyone aspires to be in. A globalized world for me is a world full of interesting dimensions/ diversity and opportunities to learn.

What is the one skill that you think makes you a better leader?

I realized early on that I have a knack for problem-solving; complex problem-solving. I break down a problem to multiple issues, and then start looking at how to solve each, so that we create a win-win. So that’s how my brain works and I think that helps organizations derive value. Another important skill which is a key differentiator is my appetite for Risk. These skills help position me as a leader to look up to.

What’s the one lesson you have learned that you want to teach others?

You may not get success immediately, but you’d get it eventually, with focus and commitment. Of course, there is a lot of hard work involved. I burned the midnight oil for quite a few years. My family time was minimal, given my extensive global/ cross continental travels. But I started focussing more on the quality of time spent, not the volume/quantity. Time management, looking at who needs my time the most was my focus, and creating a robust support network for me to lean on, helped me manage the decade or so of senior executive roles. The lesson learnt is there’s no “work life balance’, only ‘work life integration’.

Speaking about the difficult parts of your journey, what are some of the bad experiences which you always remember?

The major economic depression in the US led to several organizations shutting shop and the company that I helped grow from 250 Headcount to 5000 had to lay-off employees. The pain of seeing what you built getting destroyed is indeed difficult. However, within the downward spiral/ adversity, if we can still find our North Star, it helps oneself and the teams around. Outplacing the employees, helping them build transferable skills was the route adopted to wade through the troubled waters. Yet another bad experience was waking one fine morning to get to know of the CEO of a Fortune 500 Company, I was part of, asked to leave by the Chairman of the Board, and the stock price of the Company falling below $1- what we had to lead as a transformational project across the global organization, continue to keep the employees stay the course and keeping up the morale- what a journey it was, when I look back…

What does #SheTakesTheLead means to you?

The self-belief that you’re capable and you have the courage to go ahead despite whatever roadblocks you come across. Despite failings, just believe in yourself and move ahead. Take the lead and just go ahead. The worst thing is you’ll fail. That’s the worst. But you would have learned immensely. There could be obstacles. There could be roadblocks but don’t give up. Never give up. Just continue to stay the course with focus and commitment, and you will find the solution, one way or the other.

The Weight Of Ultrafine Vertical Mill 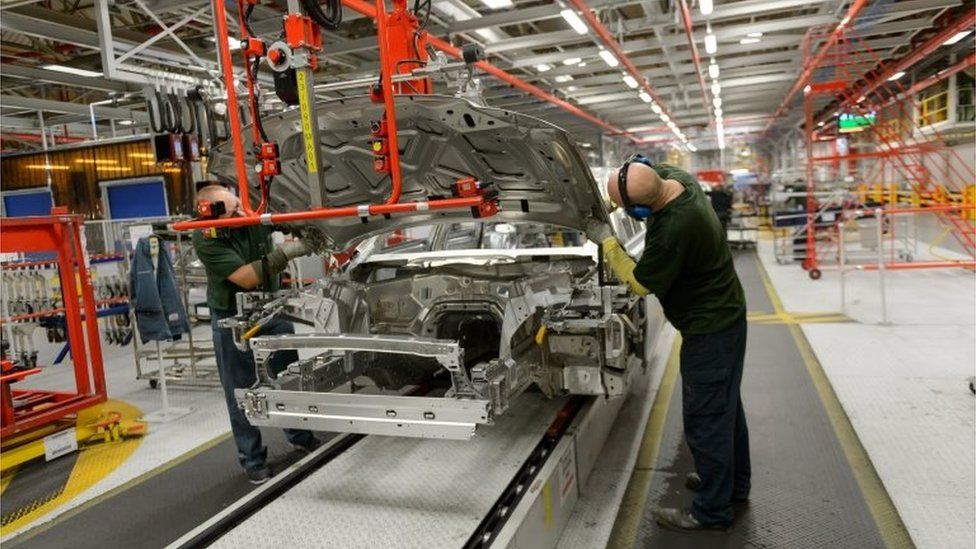 Jaguar Land Rover to suspend output due to chip shortage 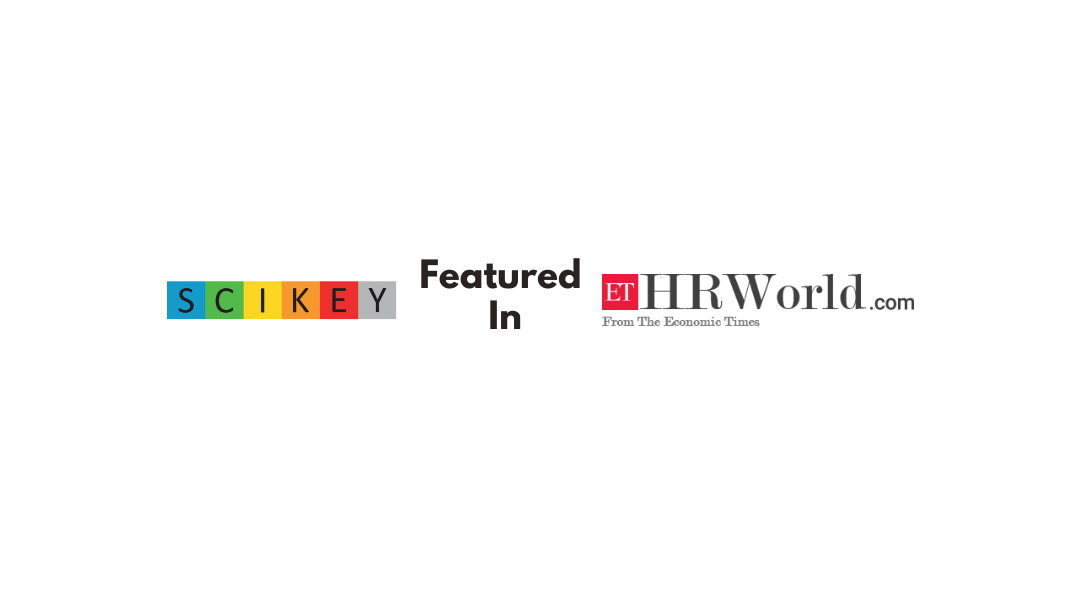