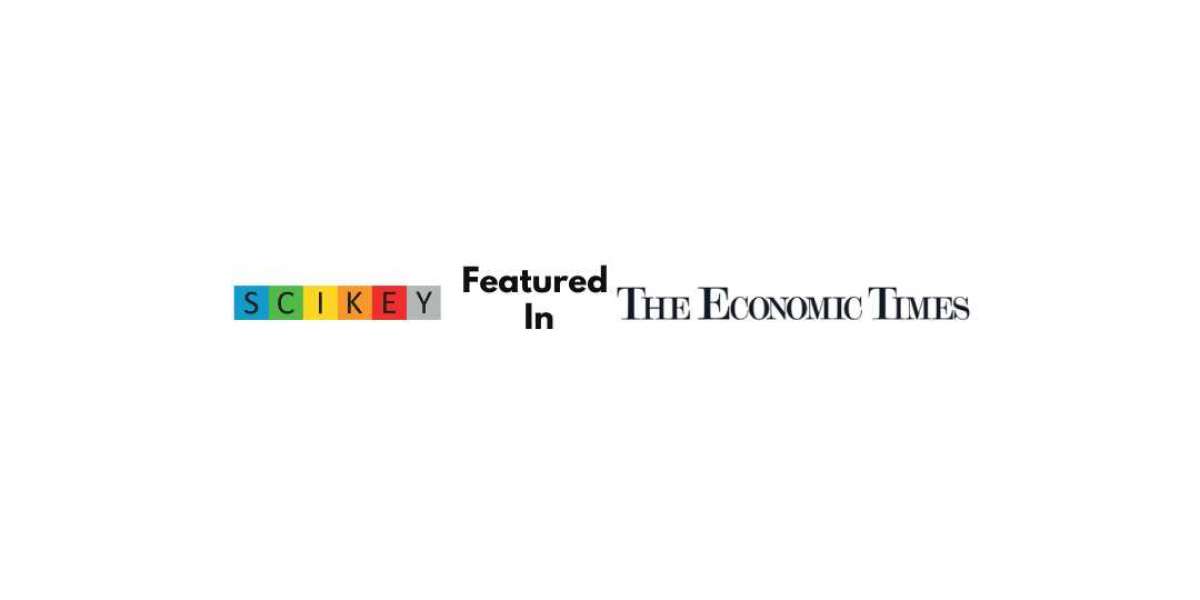 Economic Times: Demand for job roles in IT sector continues to be unaffected.

According to the report by job platform SCIKEY Market Network, demand for job roles in the IT sector continued to be unaffected despite the pandemic. The major job roles that were in demand during November were project manager, software developer, software tester, consultant and digital ma

Originally published in The Economic Times 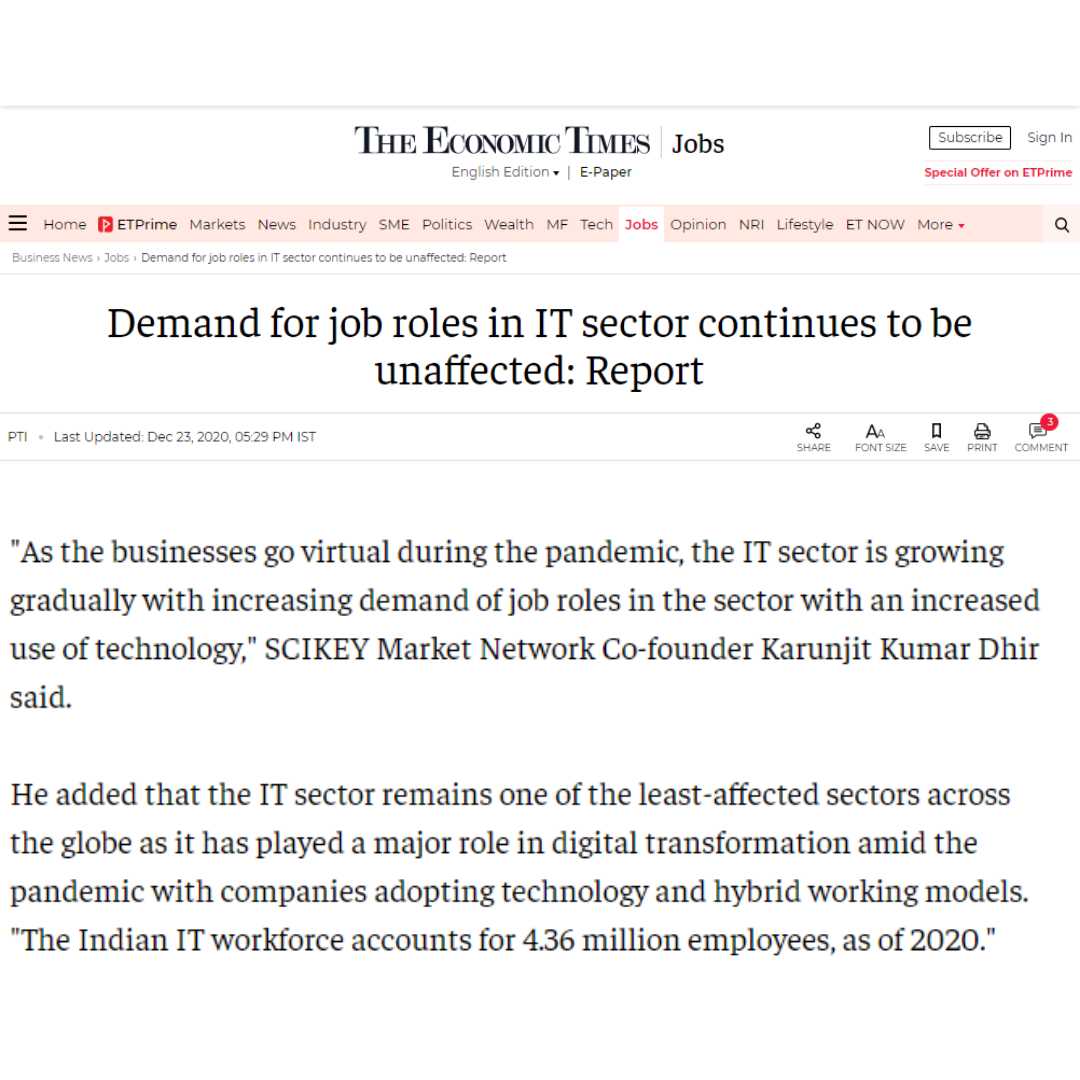 "As the businesses go virtual during the pandemic, the IT sector is growing gradually with increasing demand of job roles in the sector with an increased use of technology," SCIKEY Market Network Co-founder Karunjit Kumar Dhir said.

He added that the IT sector remains one of the least-affected sectors across the globe as it has played a major role in digital transformation amid the pandemic with companies adopting technology and hybrid working models. "The Indian IT workforce accounts for 4.36 million employees, as of 2020."

The report is based on data of job listings on the SCIKEY platform during November. The data showed that the demand for project manager roles across sectors were the highest in Bengaluru followed by Delhi-NCR and Pune.

Demand for project managers was the highest in the IT sector (55 percent), followed byÂ construction (6 percent), recruitment (5 percent) and banking (3 percent).

The report further stated that the demand for developers was the highest in Bengaluru withÂ 35 per cent, and out of that total demand, 65 percent was in the IT sector.

Other cities that were hiring software developers are Delhi (18 percent), Hyderabad (13 percent) and Pune (12 percent), it added.

While Bengaluru tops the chart in demand with 28 per cent, followed by Delhi-NCR (26 percent), Mumbai (14 percent) and Hyderabad (9 per cent). The sectors that are hiring the most are IT (30 percent), BPO (10 percent), advertising (8 percent) and recruitment/staffing (6 percent).

The data further showed that over 50 percent jobs in the IT sector came from Bengaluru, Pune, Hyderabad and Delhi in November.

In terms of salary, 50 percent of the highest-paying IT jobs are in Bengaluru and Pune with a salary of more than Rs 25 lakh per annum, it added. 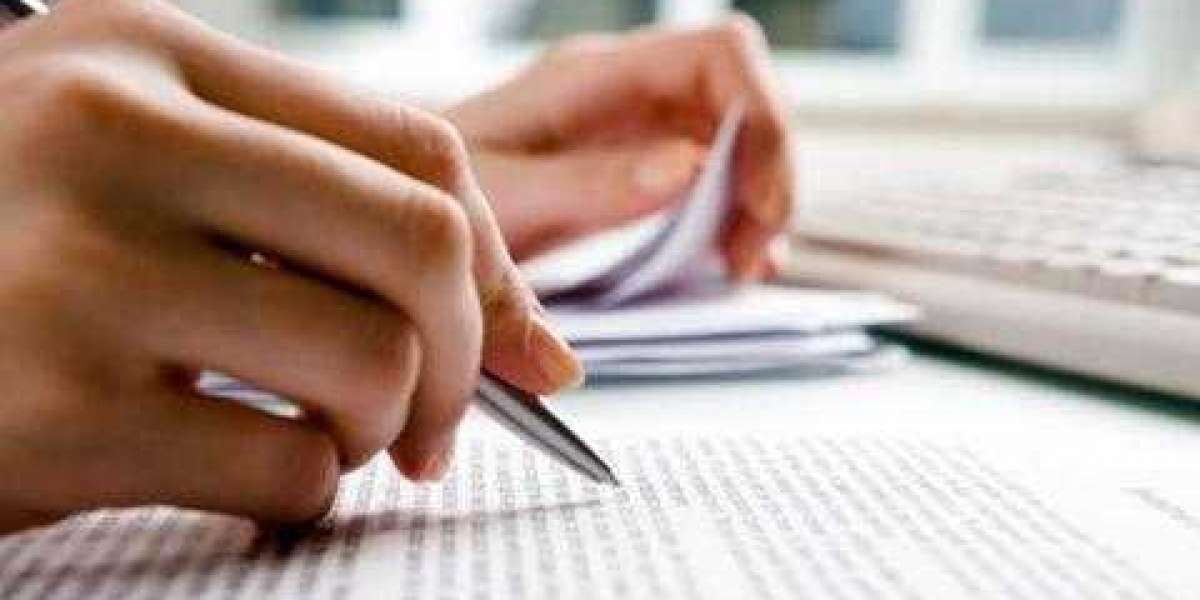 Contract the best service for your academic papers! 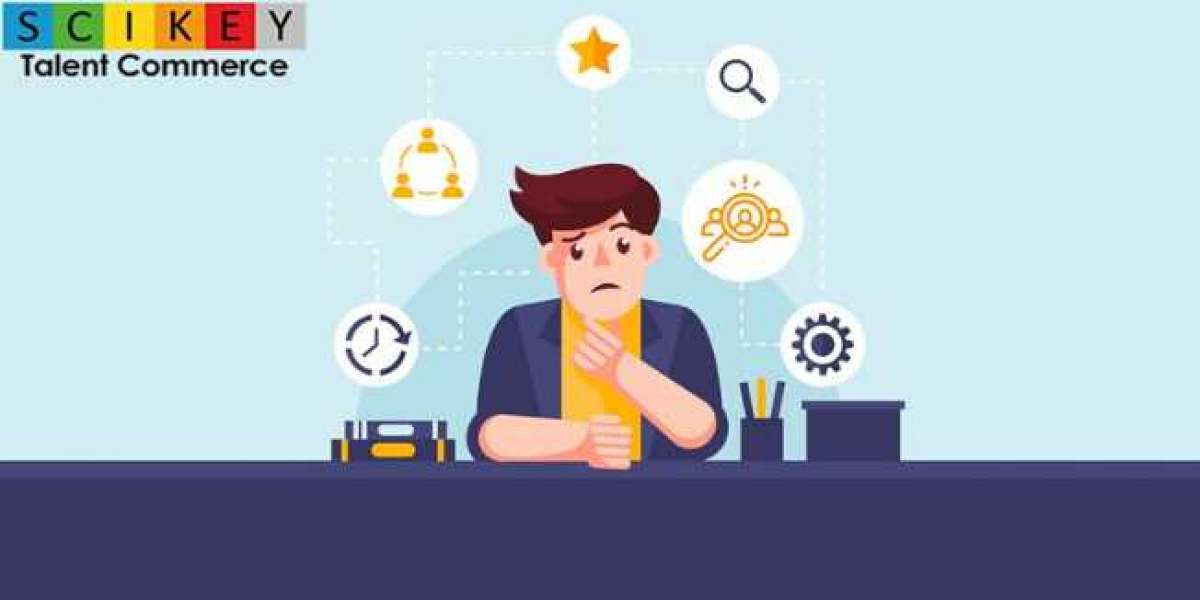 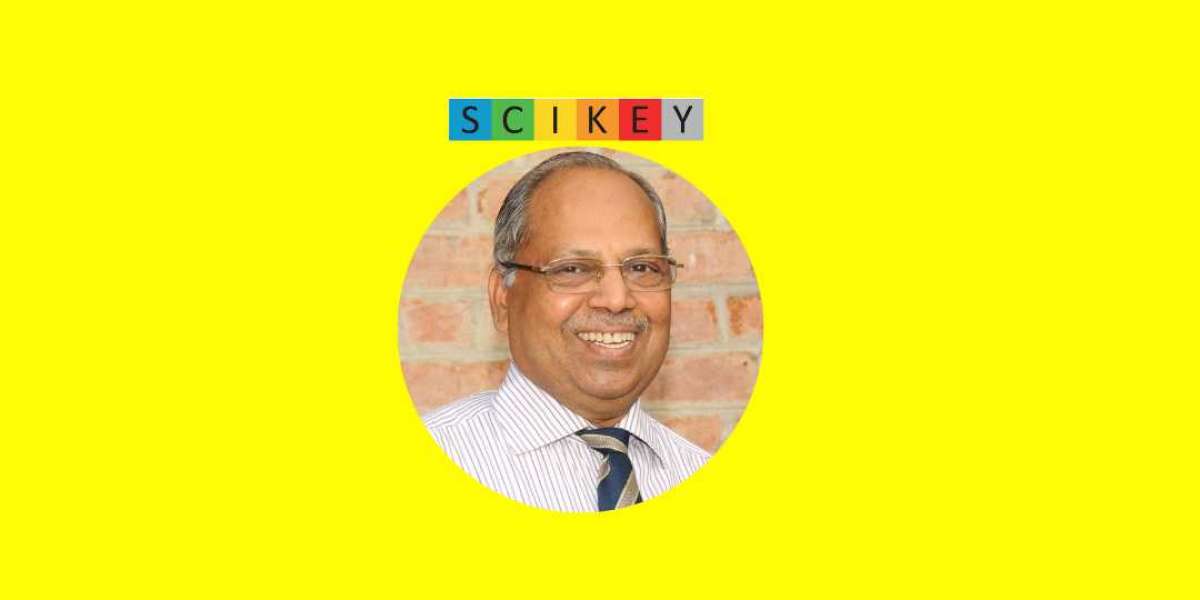