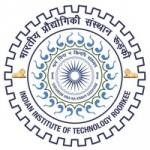 Indian Institute of Technology - Roorkee is among the foremost of institutes of national importance in higher technological education and in engineering, basic and applied research. Since its establishment, the Institute has played a vital role in providing the technical manpower and know-how to the country and in pursuit of research. The Institute ranks amongst the best technological institutions in the world and has contributed to all sectors of technological development. It has also been considered a trend-setter in the area of education and research in the field of science, technology, and engineering.

The Institute has completed 150th year of its existence in October 1996. On September 21, 2001, an Ordinance issued by the Government of India declared it as the nation's seventh Indian Institute of Technology. The Ordinance is now converted into an Act by the Parliament to make IIT, Roorkee as an "Institution of National Importance"​.