Are you an employee of Rex Canning Co. Sdn Bhd company? 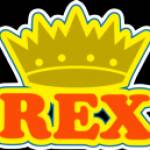 Rex was incorporated on 26 November 1993 as a private limited company under the Companies Act 1965 by the name of Kompetitif Pertama Sdn Bhd. The Company acquired the entire issued and paid-up share capital of Rex Canning Co. Sdn Bhd, Rex Trading Sdn Bhd and Rex Foods Sdn Bhd and took on the function as a holding company in conjunction with the listing of Rex on Bursa Securities. The Company changed its name to Rex Industry Sdn Bhd on 5 February 1994. It was converted to a public limited company on 16 February 1994 and adopted its present name. Rex was listed on the Second Board of Bursa Securities on 29 November 1995.
Rex Group is involved in manufacturing of canned food, beverage and confectionary products. Rex Canning Co. Sdn Bhd a wholly owned subsidiary of Rex was founded in 1965 and has since grown into a leading manufacturer and exporter of halal canned products, frozen food and beverages company in Malaysia. PT Rex Canning Indonesia began commercial operations in August 199

Rex Canning Co. Sdn Bhd has not posted anything yet