Are you an employee of Oroapac (M) Sdn Bhd (OPPO) company? 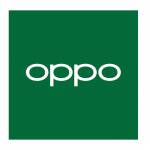 A global pioneer in technology innovation, OPPO provides cutting-edge devices and services to empower users in an intelligently connected future. The OPPO brand was first registered in 2001 and OPPO was officially incorporated in 2004. To date,OPPO has expanded its business presence to more than 40 countries and regions, with over 400,000 sales outlets worldwide. With nine Intelligent Manufacturing Centers, six Research Divisions, four R&D Centers and a London-based Global Design Center, OPPO has more than 40,000 employees around the world. OPPO was awarded as “Most Respected Chinese Company” by The Economic Oberserver in 2018 for the third consecutive year and was also included on Boston Consulting Group’ s“ 2018 BCG Global Challengers” list. Also in 2018, OPPO received the Canstar Blue “Most Satisfied Customers” award for the second year in a row. In 2019, OPPO earned a spot on the “Top 50 Chinese Global Brands” ranking by BrandZTM, the leading global authority on brand power.

Oroapac (M) Sdn Bhd (OPPO) has not posted anything yet